Some customer service points serve by appointment only

Researchers from the Department of Geoinformatics and Cartography of the National Land Survey of Finland developed Baltic Explorer, a collaborative web app, with which teams can easily prepare plans based on geospatial data. 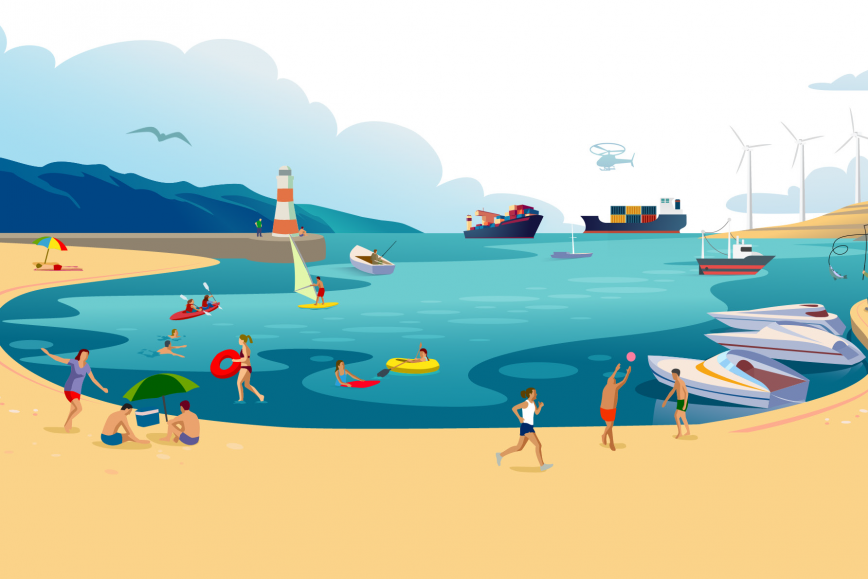 ‘The app can be used to prepare plans for sea areas, land use and crisis management. It helps to settle any conflicts of interest between different parties. The purpose is to engage different parties in a dialogue to find solutions together using the app,’ says Department Director Juha Oksanen.

The design of Baltic Explorer focused on ease of use, a feature highlighted in studies of users’ needs, so that anyone not familiar with geospatial data systems can use the app. With the app, users can easily produce geospatial data content created in and imported into the system and comment on the data during planning workshops.

Tested in workshops for maritime spatial planning in the Baltic Sea

Baltic Explorer was tested and its operation was assessed in national and international workshops for maritime spatial planning in Sweden and Latvia. On the basis of the workshops, the key functions required for real-time cooperation were identified and the software’s usability was improved.

‘Baltic Explorer enables real-time cooperation between users in map-based virtual environments, in which each user can create and edit map features. The app can also be expanded to enable the joint use of geospatial data analyses. Baltic Explorer was developed to use modern web technologies. As a result, participants in workshops can use the app quickly and easily from their web browsers without any separate installation,’ says Research Scientist Christian Koski.

Baltic Explorer was also used in university teaching during spring. The app was originally designed for workshops, with most participants being present in a shared space, but it also proved its mettle in remote teaching.

‘Plans needed to be revised due to changed procedures, and they were finally reviewed between stakeholders and planners. As students were not very familiar with geospatial data systems beforehand, completing such a complicated process set many requirements for the tools used. When we later discussed what tools students would like to use in the future, Baltic Explorer was clearly ahead of, say, conventional paper maps,’ says Research Scientist Mikko Rönneberg.

Based on this information, similar systems can be built for maritime spatial planning, as well as other purposes requiring cooperation in the field of geospatial data. Baltic Explorer is easy to use and develop, as it is available as open source software at GitHub.

The study was conducted under the BONUS research programme (Art 185), funded by the European Union, the Innovation Fund Denmark, the Swedish Research Council Formas, the Academy of Finland, the Latvian Ministry of Education and Science, and Forschungszentrum Jülich GmbH (Germany).