Scientists have discovered an extreme rarity of boulders on the surface of the nearest planet to the Sun - Mercury. Their recent study comparing high-resolution images, sheds light on the topic. 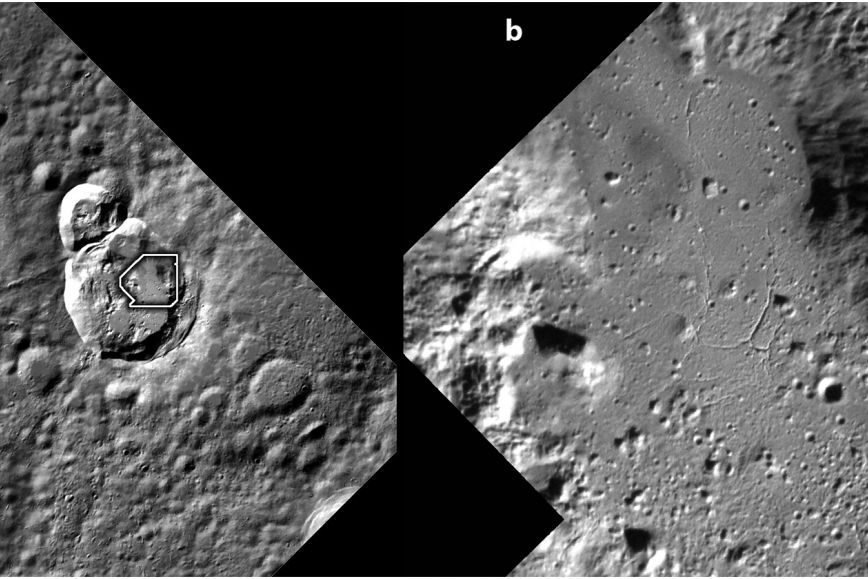 A recent study on boulders on Mercury compared boulder occurrence on Mercury with occurrence of boulders on similarly sized Moon, and found  the amount of boulders is considerably smaller on Mercury. The study is part of the 4 years Planetary Spectrometry project supported by the Academy of Finland and led jointly by the University of Helsinki and the Finnish Geospatial Research Institute FGI.

An international team of scientists from Finland, Russia, and the United States has analyzed all available images of the surface of Mercury that have sufficient resolution and quality to detect boulders, and mapped all the boulders observed, using the images taken by the Messenger, NASA robotic space probe, as research material. The images of the lunar surface, for comparison, were obtained by the Lunar Reconnaissance Orbiter, launched to the Moon in 2009.

"A comparison of the materials led us to the conclusion that boulders occur about 30 times less frequently on Mercury than on the Moon. Of course, this quantitative ratio is not exact. Nevertheless, we can confidently conclude that boulders on Mercury are a much rarer phenomenon than on the Moon," emphasizes Mikhail Kreslavsky, a researcher at the University of California, a collaborator in the Planetary Spectrometry project.

3 probable factors contributing to the rarity of boulders

Boulders, meters-size blocks of solid rock, are formed as a result of meteorite impacts on the planetary surface. Boulders are observed on all solar system bodies, where images of sufficient resolution are available. The presence of boulders and their geological associations provide information about surface properties and modification processes on these bodies.

The authors of the study attribute the difference they found in boulder occurrence to the three factors. “The primary factor is a micrometeorite flux to Mercury. Due to the planet's proximity to the Sun, the flux is more than 50 times more abundant and 1.5–5.5 times faster than the flux to the Moon. Meteoroids and interplanetary dust, hitting Mercury boulders, grind them like an abrasive material almost 15 times faster than on the Moon,” explains Maria Gritsevich, senior researcher at the Finnish Geospatial Research Institute.

“The second factor is a thicker regolith layer on the surface of Mercury, which is the result of the same intense micrometeorite bombardment. Due to the thicker regolith, space objects tens of meters in size, hitting Mercury, land softly and knock out much fewer boulders from its surface. The erasure of boulders by microparticles in combination with the effect of thicker regolith are the main cause explaining the insignificant number of boulders on Mercury.”

The third factor is the cyclical temperature changes that occur on Mercury during a sunny day (it equals to 176 Earth’s days). As the smallest planet in our solar system, closest to the Sun, Mercury has the largest temperature fluctuations of all the planets in the solar system: the surface temperatures of Mercury vary between 800°F (430°C) to -290°F (-180°C).

A large thermal stress, which is 2.5 times of that on the Moon, causes rapid wear of the material, numerous large and micro- cracks and, ultimately, the destruction of boulders on the Mercury. On the Moon, however, boulders' lifetime reaches ~100 million years, scientists suggest.

Thus, with a comparatively small number of boulders on Mercury, scientists for the first time have determined both, the rarer cases of their formation and the faster process of their destruction.

“Our analysis is limited by the quality of most available images of the surface of Mercury and the limited number of high-resolution images,” adds Maria Gritsevich.

“Research can be continued based on the next mission to Mercury. The joint mission between European Space Agency (ESA) and the Japan Aerospace Exploration Agency (JAXA), BepiColombo, launched in October 2018 is scheduled to reach Mercury in December 2025. The results of the BepiColombo mission will be very beneficial for further boulder studies. In particular, if thermal stresses contribute significantly to boulder obliteration, an anticorrelation of boulder abundance with the ‘hot poles’ of Mercury would be expected, and this could be tested with HRIC images.”