Plate tectonics affect the reference frames, but current systems are unable to take into account these changes in real time. Future reference frames and positioning accuracy were discussed at the General Assembly of the Nordic Geodetic Commission (NKG). The Assembly was held in Helsinki on 3-6 September. 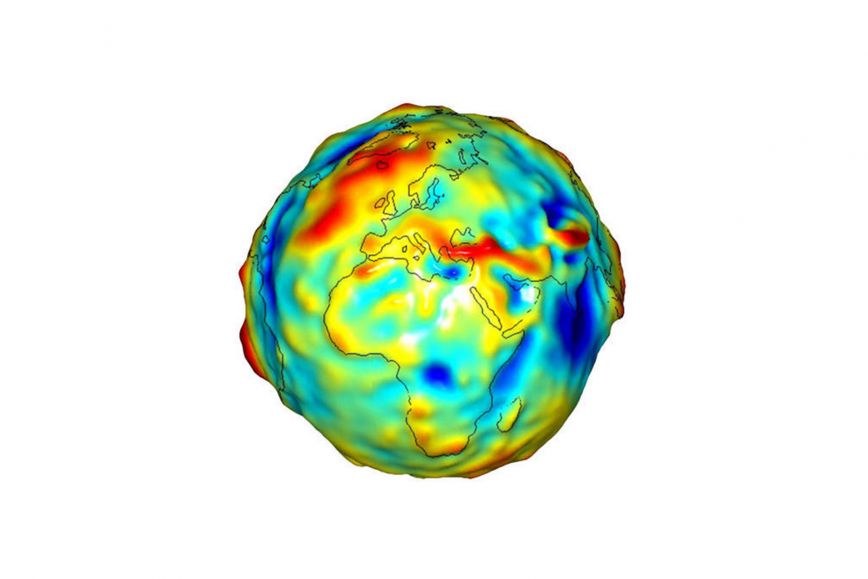 It could be possible to achieve a centimetre accuracy in height determination with a new, more accurate geoid model.

“The geoid model gives the difference between the national height system and the height determined by satellite positioning. The accuracy of the heights determined by satellite positioning depends on the accuracy of the geoid model. Now the accuracy is a few centimetres”, says Senior Research Scientist, M.Sc. (Tech.) Mirjam Bilker-Koivula of the Finnish Geospatial Research Institute FGI of the National Land Survey.

A need for a better reference frame

Resolutions of the General Assembly states that NKG will pursue the research of dynamic reference frames with the aim to make a recommendation to the Nordic Mapping and Cadastre Authorities for a new system by 2022. Many new applications, such as intelligent traffic, require an accurate real-time reference frame. For example, plate tectonics and land uplift affect the reference frames. Current coordinate reference systems are unable to take these changes into account in real time.

An NKG pilot project to create a dynamic reference frame in Iceland was discussed in several presentations. In Iceland, the crustal movements quickly degrade the accuracy and reliability of traditional reference frames. Dynamic reference frames will be an important research topic for the next period 2018–2022. Methods developed for Iceland can also be applied in Finland.

The General Assembly resolution invites Nordic mapping authorities to create a common strategy for the development of the Nordic positioning service and research in order to maximise the benefits of large investments already made.

"Over the past five years, tens of millions of euros have been invested in geodetic fundamental stations at Metsähovi, Onsala and Ny-Ålesund. Also reference stations for precise satellite positioning, as well as the geodetic infrastructure in general, have been developed in all Nordic countries. More accurate and reliable data will be available for positioning and navigation, and their seamless use across the whole Nordic region is very important", says Professor Markku Poutanen, Director of the Department of Geodesy and Geodynamics at the FGI.

"This can only be achieved through the cooperation of the entire Nordic geodetic community", Markku Poutanen continues.

Bylaws to be renewed

The activities of the NKG between the General Assemblies are coordinated by the Presidium, the members of which were elected for the new four-year term. The Presidium consists of two representatives from each Nordic country and the working group chairpersons.

The Presidium was commissioned to update by the next General Assembly the bylaws that will enable the full membership of the Baltic states in the Commission. The Baltic countries have been actively involved in the activities of NKG since the 1990s, but the current rules restrict the NKG's official members to the five Nordic countries.

The Nordic Geodetic Commission NKG was established in 1953 as a co-operative body of geodesists in Finland, Sweden, Norway, Denmark, and Iceland. Over the decades, cooperation has resulted in, among other things, Nordic geoid and uplift models, a common height system, compatible coordinate and gravity systems and databases, as well as the development of many geodetic measurement and analysis methods. Without co-operation many of these would have been impossible or much more laborious and expensive to implement.