The world’s first backpack laser scanner was developed by researchers from the Finnish Geospatial Research Institute FGI of the National Land Survey of Finland (NLS). The invention inspired companies in the field and the academic community to develop the concept further. Now NASA intends to use the invention to survey the surface of the Moon. 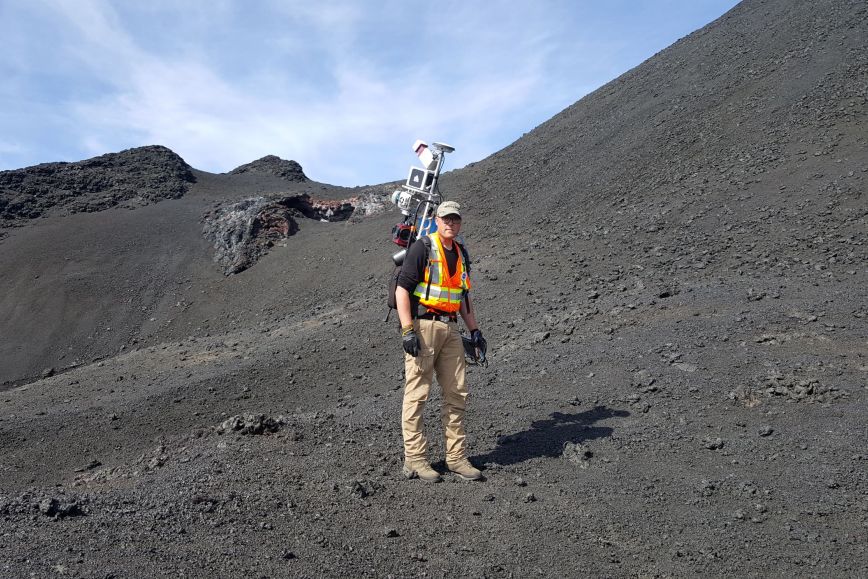 The United States National Aeronautics and Space Administration, NASA, is interested in surveying the Moon to enable navigation and exploration even in the darkest parts of the lunar landscape. Currently, surveying is hindered by the fact that the Moon is not within the range of positioning satellites. NASA is now investigating whether it would be possible for an astronaut to carry a backpack laser scanner to map the environment in real time for creating a 3D model. The mobile laser scanner tested by NASA is an emerging technology and the result of several years of development carried out as a collaboration between NASA and FGI experts.

‘We are excited to see that our backpack laser scanner has inspired both the science community as well as commercial operators to further develop the innovation, and to see NASA interested in making use of it in space. We have proved that a backpack laser scanner can be used to do high quality research and that it has great potential performance-wise,’ says Research Professor Antero Kukko from the FGI of NLS.

The FGI’s laser scanner academic publications are among the most cited in the field. Designing the backpack laser scanner was started in connection with scientific work done at the FGI. The world’s first backpack laser scanner was developed in 2011 by research professors Antero Kukko and Harri Kaartinen who needed the equipment for their research. The invention was made between 2008 and 2010 in Pulmankijoki, where researchers were hauling the heavy laser scanning equipment first with an inflatable boat and then with a wheel cart. A lighter and more functional solution for moving the equipment was needed.

‘We got the idea to fit the measuring equipment inside a hiking backpack. This made it possible to carry the equipment in soft and uneven terrain, and you could even wade across a river with it,’ says Kukko.

Word of the backpack laser scanner started spreading and eventually reached NASA researchers, which resulted in the collaboration, started in 2014 between NASA and the FGI. Researchers practised using the mobile laser scanner on Earth in conditions that remind lunar landscape, for example in volcanic and meteor craters.

The backpack laser scanner is also widely used commercially, for example in construction and infrastructure maintenance related to surveying changes to the urban environment and designing new buildings.

‘The backpack enables collecting accurate data in areas and terrain where vehicle-based systems cannot be used. One of its advantages over terrestrial laser scanning with a tripod is its mobility which increases productivity. This has enabled starting new initiatives to precisely survey forests and river environments, and different natural environments in 3D.’