The results of a joint Finnish-Chinese project for the development of laser scanning (LiDAR) are being utilised by Chinese industry. Laser scanning makes it possible to collect 3D environmental data easily and cost-effectively. The joint project developed a laser scanner that is as small as possible and can be mounted on a drone, for example. The device is called AOEagle. 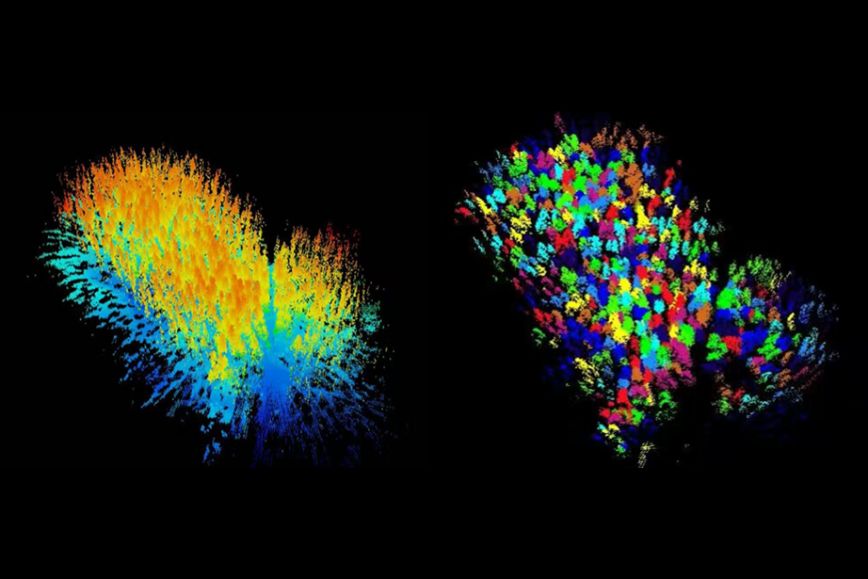 AOEagle was nominated as one of the top 10 events in remote sensing in China in 2017 by the China Association of Remote Sensing Application CARSA on 23 April 2018. The CARSA list was publicised widely by Chinese online media. AOEagle was developed and tested during the period 2014–2015. As early as 2017, AOEagle was in widespread use in China.

The project was a partnership between the Finnish Geospatial Research Institute FGI at the National Land Survey and Academy of Optoelectronics (AOE) at the Chinese Academy of Science (CAS).

“It was the first time to carry out a broad-leaved forestry inventory with UAV-borne LiDAR in the southern part of China, and also the first time to successfully apply the UAV-borne LiDAR to the ultra-high voltage (UHV) power line safety hazards detection application in complex environment of the western mountainous regions in China”, says Research Manager Yuwei Chen from FGI who led the research group.

The research was done in China. Dr Chen had been appointed as a visiting professor at the Academy of Optoelectronics in January 2014.

The system developed by the group was tested both in China and later in Hämeenlinna. This was done to ensure that it can perform well in different forest conditions. In addition, AoEagle was tested in Hangzhou (Zhejiang Province), Xilin Gol and Siziwangqi (Inner Mongolia Autonomous Region), Yinchuan (Ningxia Autonomous Region) and other locations in China on different platforms, such as vehicles, drones and a fixed-wing UAV Platform to carry out a series of commercial applications on archaeology, grasslands monitoring, and three-dimensional building reconstruction.

Easy to use and versatile

The installation of AOEagle is straightforward and convenient, and it can be flexibly carried by aerostats, mini-drones, automobiles, and so forth.

The system had the characteristics of light weight, low power consumption, and flexibility and adaptability for various applications. With a 3.5 kg whole system weight and 13 W system power consumption enabled rapid acquisition of high-density, high-precision LiDAR point cloud data in a variety of complex terrain environments on various mobile platforms.

The technology used in the AOEagle was developed at FGI

Technology used by AOEagle was firstly developed and reported by the Department of remote sensing and photogrammetry of FGI in 2008. It can be foreseen that the development of the technology will provide strong technical support for the modernisation of traditional industries in China.

“AOEagle provided a novel, convenient and high efficiency solution for the industry. The successful development of these applications signified that the Mini-UAV based LiDAR technology has been fully equipped with all-terrain and multi-platform capabilities in China”, says Dr Chen.