For the first time, gravity measurements carried out at Finström in Åland

Absolute gravity was measured in Åland at a new site located in the municipality of Finström. The purpose of gravity measurements is to, e.g., study land uplift mechanisms and improve the accuracy of satellite positioning to make it better suited for smart vehicles and to ensure safer navigation in ports and coastal areas. 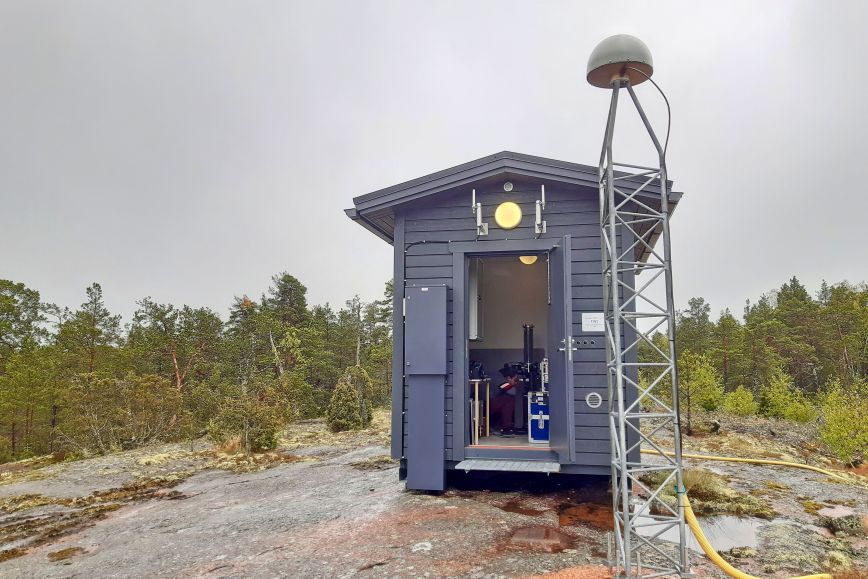 With the measurements in Åland, the gravity network has now been extended to sea areas

The measurements are carried out using the FG5-X gravimeter of the Finnish Geospatial Research Institute (FGI) of the National Land Survey of Finland. It is the world's most accurate instrument for measuring absolute gravity. There are fewer than 50 of these instruments in the world.

As land uplift progresses, gravity in Finland is weakening

Post-glacial land uplift in Finland is continuing and this also affects gravity. Land uplift rates vary geographically and for this reason, measurements must be carried out in different parts of Finland. There are also many other factors affecting the gravity value, such as geographical location, local geology and other movements of the earth’s crust. Gravity measurements are essential for calculating geoid models.

‘Geoid describes the shape of the earth. Heights in relation to mean sea level are derived from it. As accuracy requirements for satellite positioning and navigation are increasing, more accurate geoid models are needed. This is because with geoid models, we can convert vertical coordinates produced using satellite positioning into elevations on maps, such as those used in the official Finnish N2000 height system,’ explains Mirjam Bilker-Koivula, Research Group Manager at the National Land Survey of Finland.

’A more accurate geoid model allows safer navigation, especially in Finnish coastal waters, which are both shallow and rocky and thus difficult for shipping,’ adds Timo Saari, Researcher at the National Land Survey of Finland.

By studying time series of gravity measurements, we can model land uplift mechanisms more accurately and produce more accurate land uplift forecasts. This is important when determining such matters as the location of shorelines.

Researchers believe that the absolute gravity time series produced in Åland will not only show the land uplift signal but also the way in which sea level rise caused by climate change will impact gravity.

Changes in gravity are slow and the changes occurring each year can only be recorded with the world's most accurate observation instruments. For this reason, long measurement time series are needed. Long time series can be produced in measurement campaigns that are repeated at each station approximately every three years for several decades.