FGI is participating to FLEX-EPOS project which strengthens the preconditions for seismological, geomagnetic and geodetic research in Finland and within the project an extensive network of geophysical instruments will be created as part of the national FIN-EPOS consortium. 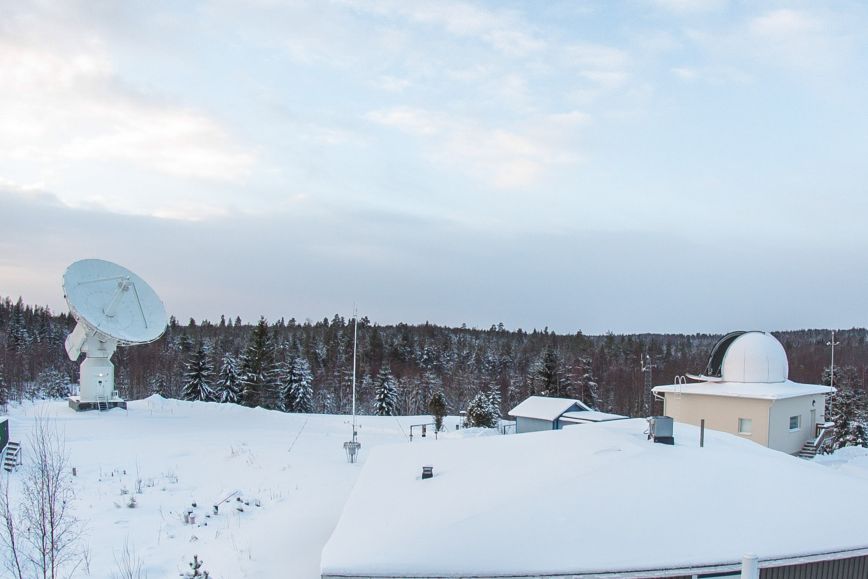 The FLEX-EPOS project will create a network of hundreds of mobile measuring instruments and more than ten fixed observation stations. This will significantly enhance and improve existing separate networks of geophysical observation instruments. The data is shared by the consortium.

The FGI part includes improving the time and frequency link of Metsähovi Geodetic Research Station to VTT MIKES national time standards in Otaniemi. This aids the implementation of the new radio telescope at Metsähovi. The radio telescope is under construction.

A part of the permanent GNSS network, FinnRef, will be equipped with SAR radar reflectors. They will be used e.g. to study crustal deformation.

Other geophysical observation instruments will be also installed at the stations, forming a network of national geophysical superstations. The gravity instrumentation of the FGI will be undergoing a major improvement with a new gravimeter.

The FIN-EPOS consortium also received EUR 395 000 of Academy infrastructure funding. The Consortium is a coalition of institutes involved in the FLEX-EPOS project. It maintains observatories and laboratories for solid-Earth observations and transmits data to international data banks and further to the EPOS data center.