Gaia space telescope measured the acceleration of the Solar System

The Gaia space telescope has measured the acceleration of the Solar System when it orbits the center of our Milky Way galaxy. Moreover, the observational data by Gaia improves satellite navigation. Finnish researchers are participating in this massive endeavour that results in three-dimensional mapping of our galaxy, to be completed in 2024. 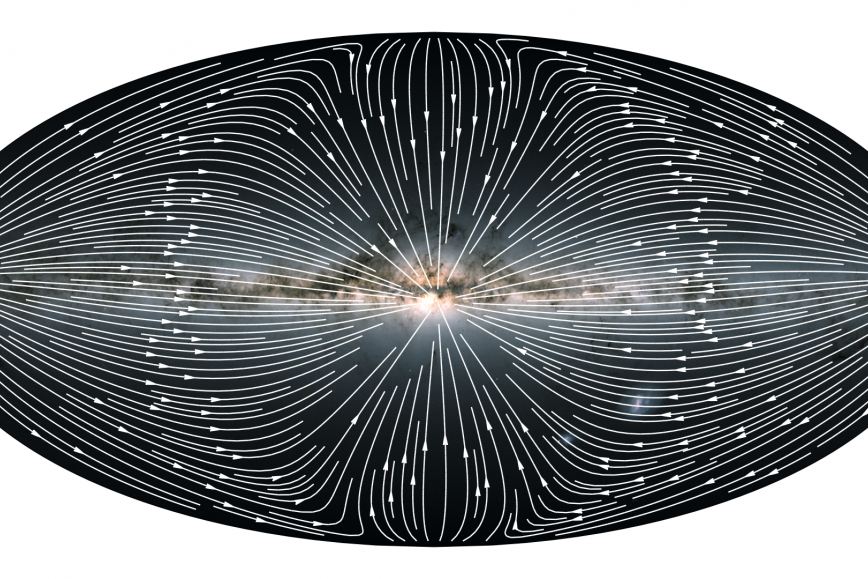 Today, Dec. 3, 2020, the European Space Agency (ESA) released observational data from the Gaia telescope (Gaia Early Data Release 3 or EDR3), in continuation to the DR1 and DR2 releases of the years 2016 and 2018. Gaia accrues accurate knowledge about, for example, the Milky Way stars, distant extragalactic quasars, and the asteroids of our Solar System.

Quasars are bright, star-like objects that allow for the determination of planet Earth’s orientation in space. With the help of their precise positions measured by Gaia, a new high-precision reference system can be constructed for defining the positions of stars, Solar System objects, and also satellites.

‘The knowledge accrued by Gaia affects the precision of satellite navigation in the future.  The satellite positions and Earth orientation in space are determined in a reference frame tied to the directions of quasars. The precision and state of the art of the reference frame are critical for the precision in navigation,’ says Professor Markku Poutanen at the Finnish Geospatial Research Institute FGI, National Land Survey of Finland.

The precise observations of quasars resulted, for the first time, in a successful computation of the acceleration of the Solar System.

‘The acceleration of the Solar System towards the center of the Milky Way, as measured by Gaia, is roughly two one-hundred-billionth parts of the gravitational acceleration caused by the Earth on its surface,’ summarizes Astronomy Professor Karri Muinonen at the Department of Physics, University of Helsinki, also Research Professor at the Finnish Geospatial Research Institute FGI.

Gaia in the research of asteroids

Gaia’s data processing is carried out within the European DPAC network (Data Processing and Analysis Consortium) with more than 300 researchers. Solar System researchers at the University of Helsinki take part in the Gaia data processing in several different ways.

‘We are responsible for the daily computation of orbits for asteroids discovered by Gaia. Based on these computations, ground-based follow-up observations are organized,’ describes Muinonen.

‘Before data releases, we take part in the validation of Gaia observations of asteroid positions, brightnesses, and spectra. Our research with Gaia data focuses on asteroid orbits, rotation periods and pole orientations, masses, shapes, and surface structural and compositional properties. In the computation of collision probabilities for near-Earth asteroids, the precision of reference frames is completely central,’ continues Muinonen.

Asteroid observations by Gaia were published in DR2 in spring 2018 (14 099 asteroids). In the forthcoming DR3 release in spring 2022, there will be position and brightness data for tens of thousands of asteroids and, for the first time, asteroid spectra will also be released.

Years of work and billions of stars

The EDR3 data has been collected by Gaia from the end of July 2014. The data includes, for example, position and brightness data of 1,81 billion stars and color data of 1,55 billion stars from the time period of 34 months. Furthermore, the data more than triples the number quasars observed for precise reference frames to 1,61 million.

EDR3 is a remarkable improvement, in terms of both numbers and precisions, as compared to the earlier releases. The newest release gives hints about the gigantic nature of the forthcoming DR3 release in spring 2022 and the final DR4 release after 2024.
Gaia observes astronomical objects systematically in the so-called L2 Lagrange point some 1,5 million kilometers from the Earth in the anti-sun direction. Gaia observes about two billion stars with a precision, at best, of one hundred millionths of a degree. The result will be a three-dimensional map of our galaxy.

An animation shows stellar motion in the future

Based on the Gaia data, researchers’ have modeled the motion of stars in the Milky Way. They have produced an animation for the motion of 40 000 randomly selected stars on the sky 1.6 million years into the future.

Watch the animation: The stars’ predicted motion across the sky. (ESA and Gaia DPAC)

‘In the animation, short and long trails describe changes in stellar positions with 80 000 years. The former are mostly related to distant stars, whereas the latter are solely due to the nearby stars. Every now and then, short trails expand into long ones, and long trails shrink into short ones. This is also related to the changing distances of the stars,’ says Muinonen.

In the end of the animation, stars appear to be removed from the left and collected to the right. This is due to the Solar System’s motion relative to the stars. A similar phenomenon can be seen when moving from a center of a forest islet to its boundary: the trees in the front gradually disappear whereas they seem to be collected in the back.

‘This shows the average motion of the Solar System with respect to the surrounding stars. From the Finnish point of view, it is intriguing that the motion documented by Gaia agrees with the pioneering research about the Solar System’s motion by Friedrich Wilhelm August Argelander (1799-1875) in the 19th century at the Helsinki Observatory,’ concludes Muinonen.

Movement of quasars is actually the movement of Solar System

More accurately, the apparent stellar streams include the information about the motion of the stars and the Solar System about the center of the Milky Way. The Gaia quasar observations allow for the determination of the acceleration related to this orbital motion. The acceleration of the Solar System is revealed in the apparent motion of the distant quasars toward the center of the Milky Way. In reality, the quasars do not have proper motion.  (Picture above by ESA and Gaia DPAC)

Gaia has measured the apparent motions of quasars on the sky. These motions are tiny, about one thousandth part of the motion of stars 3000 light years from us. The apparent stream of quasars is directed toward the center of the Milky Way, that is, in the direction where the acceleration of the Solar System is pointing. Gaia has, in essence, measured the absolute motion of the Solar System relative to the distant universe. This motion derives from the gravitational forces by the Milky Way and all other objects in the universe.