Two of our researchers conducted geodetic measurements in Antarctica in January. The purpose of the measurements was to survey the movement of the Earth’s crust in Queen Maud Land, changes in gravity and the surface movement of ice and snow masses. Gravity continues to increase in the area. 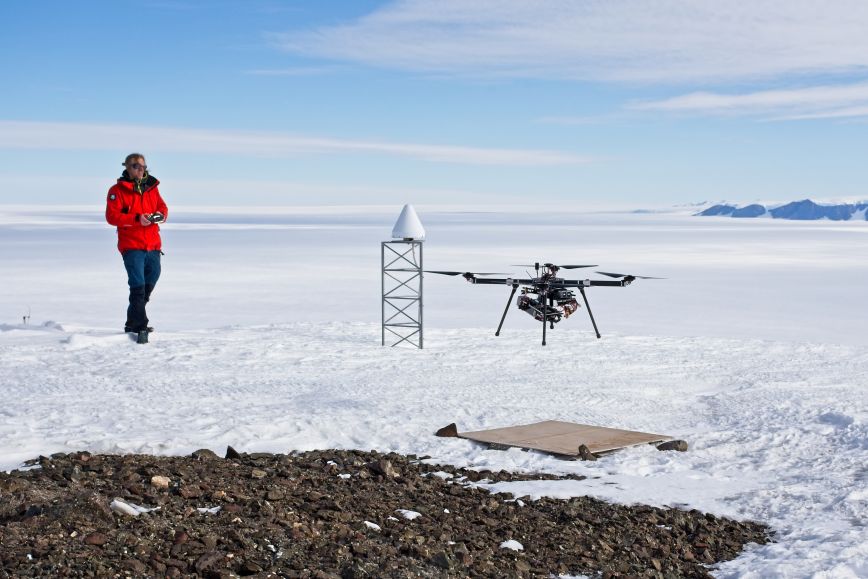 Increase in gravity connected to changes in ice sheets

‘This is a contradiction and the reason for it could be climate change. The amount of precipitation in Queen Maud Land has been increasing, which most likely increases the mass of the ice sheet in the area. The measurements we took earlier this year seem to confirm that gravity is still increasing in the area,’ says Research Manager Jyri Näränen from the Finnish Geospatial Research Institute’s (FGI) Department of Geodesy and Geodynamics.

In Finland, gravity is slowly decreasing as Finnish land areas are slowly rising due to the land uplift, an after-effect of the last ice age, which moves Finland further away from the centre of the Earth.

The researchers were stationed at the research station Aboa, located in Queen Maud Land. The expedition focused on studying the land uplift resulting from the after-effects of the latest ice age and the current changes in ice mass.

‘Land uplift models of Antarctica are necessary, for example, for determining the effects of climate change on the volume of glacial ice and the Antarctic ice sheet’s contribution to global sea level rise. Around 95% of Antarctica is covered by ice, so the precise geodetic measurements taken on solid land that are needed to verify models are scarce and in high demand,’ says Näränen.

Surveying topography with a drone

Remote sensing methods, such as satellites and drones, allow us to measure the surface change of ice sheets, but measuring changes in volumes requires information on the movements of the crust beneath the ice as well.

We had a laser scanning drone with us. The surface models produced with the drone can be used to study mass movements in the immediate surroundings of the measuring area”, says Näränen.

Mass movement refers to a change in the amount of ice and snow, i.e. a change in mass, in an area. The change is caused by precipitation volume, melting and glacial flow. The snow and ice have gravitational attraction that has an effect on gravity measurements. Therefore, mass movement must be taken into account when comparing gravity measurements taken at different points in time.

The researchers conducted eight drone missions near Aboa that surveyed the size of the snow and ice cover and its topography. Laser scanning data was collected from an area of 100 hectares.

Measurement data to be analysed for the rest of the year

‘This project will continue until the end of the year. Now that we are back in Finland, we will start analysing the measurement data. We use all available time in Antarctica to collect data,’ says Research Scientist Arttu Raja-Halli.

The measurement data is still on its way to Finland, so the researchers have to wait a for a while before they can get their hands on the full set. The aim is to have all equipment back in Finland by the end of February.

The FGI’s two researchers worked in Antarctica during 15–28 January. The research is a part of the GRAVLASER project, financed by the Academy of Finland. The project’s principal investigator is Department Director Juha Hyyppä from the FGI’s Department of Remote Sensing and Photogrammetry.

The trip was conducted as a part of the Finnish Meteorological Institute’s FINNARP program that sends expeditions to Antarctica annually.

Please contact us by email primarily. The email addresses are in the format firstname.lastname@nls.fi. Letter Ä becomes the letter A.