The new Government published its programme in early June. Here at the Finnish Geospatial Research Institute (FGI) of the National Land Survey of Finland (NLS), we were eager to see how the previous Government’s report on spatial data policy would be treated in the programme. 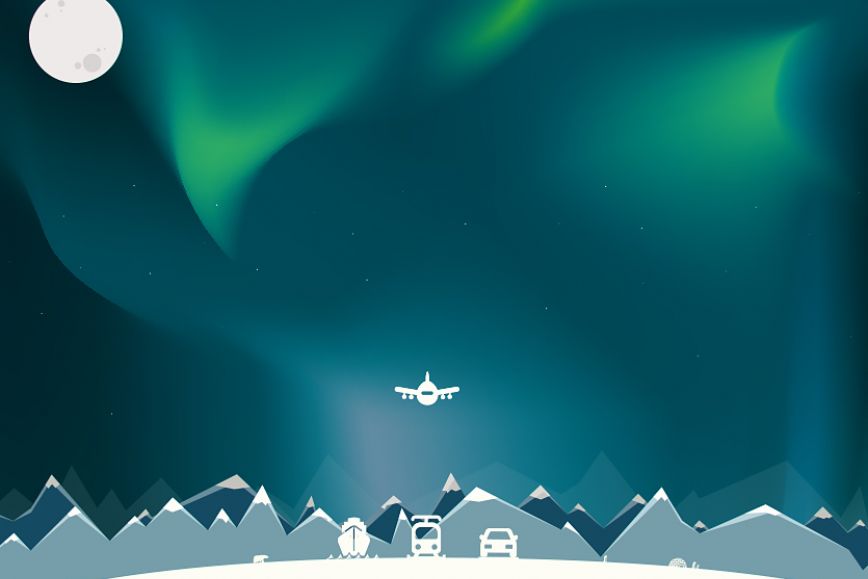 I feel positive about the way the Government Programme addresses research, even though the term “spatial data” does not appear in the programme, and there is no mention of the previous Government’s report on spatial data policy. Implementing the report on spatial data policy would make Finnish society and the municipal sector stronger and would provide companies with new opportunities. It would also save billions of euros. In other parts of the world, the spatial data sector is truly thriving, and it is run by companies such as Google, Facebook, Here, Apple…

Carbon sequestration and Arctic areas in our research

Finland’s expenditure-to-GDP ratio for research, development and innovation is currently 2.8 per cent against a target of 4 per cent by 2030. (The passages in italics are direct quotations from the Government Programme.)

The Government promises to invest in the research of climate change, carbon cycle and the Arctic region.

The Government will prepare a new strategy on Arctic policy, which will set out Finland’s long-term

goals in the region and address the associated resource needs. We will continue to focus on researching carbon sinks, measuring carbon sequestration and developing calculation models.

The FGI has done persistent work around developing laser scanning for the purposes of measuring biomass and permafrost, for example. In cooperation with the University of Helsinki, it has also investigated the overnight movement of trees, in other words, the release of carbon from forests.

In its many international projects, it has investigated the accuracy and reliability of satellite positioning in Arctic areas. It has studied how satellite positioning should be supported on northern sea routes and what kinds of requirements driverless smart transport poses in Arctic conditions. In the Arkki project, funded by the Ministry for Foreign Affairs, the FGI explored what the biggest challenges related to navigation- and spatial data-based applications are when used in the Arctic region and focused particularly on how methods that improve the availability and accuracy of satellite positioning could be used in solving Arctic challenges.

In relation to the work carried out by the Arctic Council, the NLS has contributed to the creation of the Arctic SDI Geoportal, which combines, among others, Arctic maps and satellite images of the Earth cover, snow, ice and climate.

In its own development policy and in its actions within the EU, Finland will support an increase in both private funding and corporate involvement in regard to investments that promote sustainable development in the developing world. We will ensure that sufficient resources are budgeted for Finnfund, and will continue the use of development policy investments. Finland will contribute to improvements in the taxation systems of developing countries.

These statements will mean significant investments in Baltic Sea research. In a project funded by the Academy of Finland, the FGI has contributed to the development of a Baltic Sea spatial data portal, which will support sustainable ecosystem services.

The Government will revise and commence implementation of Finland’s Cyber Security Strategy.

We will increase funding for cyber security and reinforce the capacity of the National Cyber Security Centre to support the cyber security of businesses in various sectors, the administration and citizens. To ensure a high competence level internationally, Finland will continue to increase its expertise related to hybrid and cyber threats. The Defence Forces will continue to develop its cyber defence capabilities and take part in implementing the Finland’s Cyber Security Strategy.

The FGI’s expertise on positioning as well as on GNSS interference detection and compensation will play a significant role in this field.

Finland, by drawing on its many strengths, is well positioned to succeed as a global leader in skills and innovation. Global megatrends such as climate change, digitalisation and urbanisation will be the drivers of change. Finland’s key strengths also include an operating environment that is stable and predictable by comparison with many other countries. Connecting with international demand-driven ecosystems provides companies, research institutes, higher education institutions and other educational institutions an opportunity to together create new business and world-class innovations.

These passages bode well for future research at the NLS. I hope this future will also include spatial data and that Finland will be able to take advantage of the growth potential offered by it in the manner that Google, for example, has done.

I hope that the new Government, too, will include the implementation of the report on spatial data policy in its agenda.

Director, the Finnish Geospatial Research Institute of the National Land Survey of Finland