Two of our researchers will travel to the Antarctica to conduct geodetic measurements. The aim of the expedition is to survey the movement of the Earth’s crust in the Queen Maud Land in Antarctica. The expedition will focus on studying the land uplift resulting as an after-effect of the latest ice age and from the current changes in ice mass. 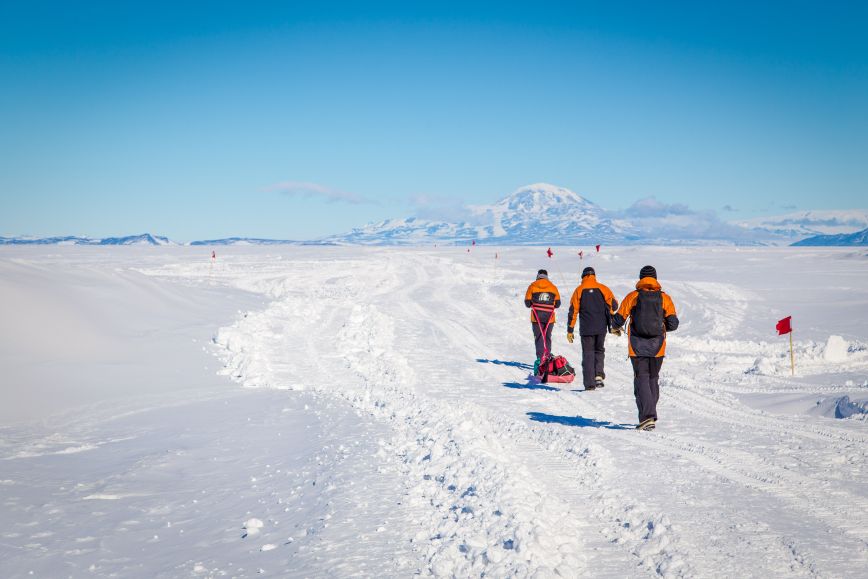 'Land uplift models of the Antarctica are necessary, for example, for determining the effects of climate change on the volume of glacial ice and the Antarctic ice sheet’s contribution to global sea level rise. Remote sensing methods allow us to measure the surface movement of glaciers but measuring changes in volumes requires information on the movements of the crust beneath the ice as well. Around 95% of the Antarctica is covered by ice, so the precise geodetic measurements needed to verify models are scarce and in high-demand,' says Research Manager Jyri Näränen from the Finnish Geospatial Research Institute’s (FGI) Department of Geodesy and Geodynamics.

Näränen will be accompanied by Research Scientist Arttu Raja-Halli, and the two will begin their journey to Antarctica on 8 January 2020. Their goal is to arrive at the Finnish research station on 10 January, but on the Antarctica, weather conditions determine flight schedules. The work at Antarctica will be conducted during 10–28 January.

The research is a part of the GRAVLASER project, financed by the Academy of Finland. The project’s principal research scientist is Juha Hyyppä from the FGI’s Department of Remote Sensing and Photogrammetry.

'The expedition will conduct absolute-gravity measurements that are used to determine the effect of land uplift on the local gravity field. We will also be bringing a laser scanning drone with us. The surface models produced with the drone can be used to study mass movements in the immediate surroundings of the measuring area,' says Arttu Raja-Halli.

FGI’s Department of Geodesy and Geodynamics has been conducting geodetic research on the Antarctica since the early 1990s. Among other things, the FGI has operated a permanent GPS station since 2003. The station’s time series on the crust’s movements on Antarctica is one the largest and most analysed sets of data on the continent.