Researchers have created a new way to measure optical properties of tiny particles. It is done with polarized light while the object is levitated with soundwaves. This is needed with unique or delicate objects, for example with extra-terrestrial samples returned by space missions. 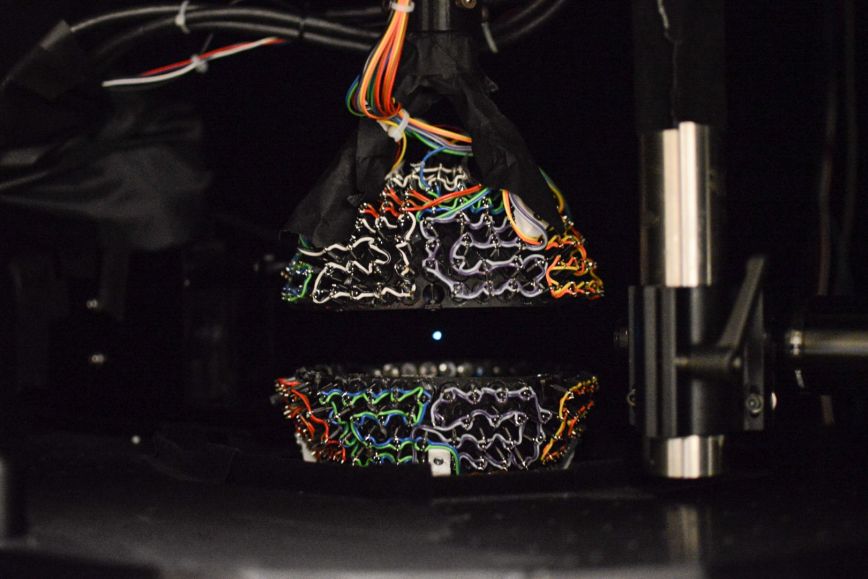 The new method for measuring is controlled and non-destructive. To achieve this, the scientists built a new instrument called 4π-scatterometer. A scatterometer is an instrument which measures how polarized light scatters from an object.

The development took place in Prof. Karri Muinonen’s (Planetary-System Research team, University of Helsinki) project Scattering and absorption of electromagnetic waves in particulate media (SAEMPL). The 4π-scatterometer was utilized in the validation of novel computational methods for light scattering by the dust-covered surfaces of asteroids and other atmosphereless solar system objects.

Professor Edward Hæggström and his research group from the University of Helsinki were the key developers of the 4π-scatterometer.

‘Our Electronics Research Laboratory at the Department of Physics specializes in ultrasonics research. Thus, we have the know-how for acoustic levitation of particles with full control on particle position and orientation’, Prof. Edward Hæggström says.

‘The controlled levitation allows light scattering measurements with no disturbances from the environment surrounding the particle,’ continues Prof. Karri Muinonen.

With 4π-scatterometer, researchers can move the particle they are measuring into any position with a new level of precision. This way they can produce a perfect 3D model of it.

‘On a larger scale, the results of our research enable remote sensing of objects. For example, astronomical objects in most cases cannot be sampled directly. The way to improve our knowledge on what their shape is and what they are made of lies in our understanding of how they scatter the light shed by the stars,’ explains Senior Research Scientist Maria Gritsevich from FGI of the National Land Survey of Finland.

Previous ways to measure a single particle were inexact

Previous techniques could not allow to measure single particles alone. A single particle can be measured with a physical holder, but the holder unfortunately affects the light scattering. If researchers have a huge number of particles, another option is to measure them as a group placed on a surface or running them in a flow through a tap. This is not possible with unique and rare objects, though.

‘These experiments gave good average properties of samples but were unable to provide information about an individual particle as a scatterer,’ Maria Gritsevich says.

In the SAEMPL project, the scientists developed a method to control the position of the levitating sample by modifying the acoustic field. Levitation itself is not a new technique, but ground-breaking is the way the scientists can orient the sample. This group of researchers were the first ones to combine acoustic levitation and light scattering and got a stable result.

‘With the acoustic levitator, you can always align the sample. If you want to move the sample, you just modify the acoustic field,’ says Edward Haeggström.

The SAEMPL project was led by prof. Karri Muinonen from the University of Helsinki and National Land Survey of Finland. FGI was a partner in the project. SAEMPL was an Advanced Grant project funded by the European research Council (ERC).

Scientific articles on the subject

4π Scatterometer: A new technique for understanding the general and complete scattering properties of particulate media. Journal of Quantitative Spectroscopy and Radiative Transfer

Scattering and Absorption of Light in Planetary Regoliths. Journal of Visualized Experiments