Seen an airplane circling in the sky? The aerial photography and laser scanning season has started

In the spring, you might spot a plane circling in the sky for a longer time. The plane is probably taking aerial photographs; the National Land Survey of Finland’s aerial photography and laser scanning season has started. 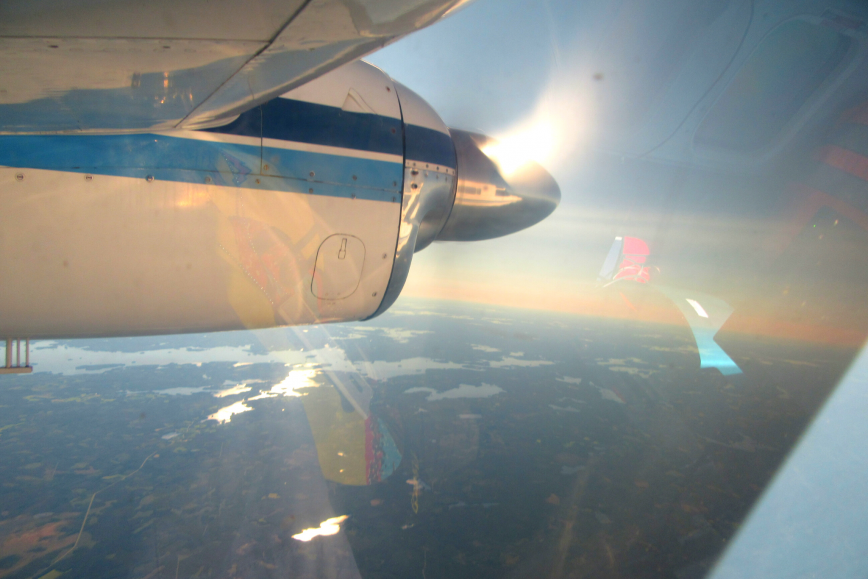 ‘We start the imaging with our own equipment as soon as the snow melts. Due to spring arriving so late this year, we were only able to start around the first of May, which is about a month later than in 2021,’ says Petri Leiso, senior specialist in aerial photography at the NLS.

Aerial photographs can only be taken if the weather is sunny and clear. For example, clouds and impurities in the atmosphere prevent photographing.

‘Last year, we broke records in quantity and speed, because the weather was better than in ages. We’re now waiting to see what kind of weather we and everyone having their holidays will have,’ continues Leiso.

The same areas are both laser-scanned and photographed. Half the images can be taken with NLS’s own plane and camera. The rest are commissioned from partner companies – four in total. This ensures enough equipment is available.

‘Working with several partners means project management during the imaging season is like solving a puzzle. On the best days, we can have as many as six planes in the air collecting material. But we have several years of experience, so we’re very skilled at making the pieces fit by now,’ says Teemu Mielonen, senior specialist in laser scanning.

The historical aerial photographs, photographs taken with a modern digital camera, and the laser scanning data collected since 2008 are important datasets for a variety of purposes.

Aerial photographs and laser scanning data are important for several functions of society. Among others, the information is used by the Finnish Defence Forces, the Finnish Food Authority, and various operators in the nature and forest sectors. For example, aerial photographs and laser scanning data on the same area collected in the same year are required to monitor forest resources.

‘New information is important to our customers, but the opportunity to compare new information with old information has proved extremely valuable. The popularity of the service has surprised us all,’ say Leiso and Mielonen.