The new topographic data production system will be based on open source technologies. This selection has proven its worth, and we have received positive feedback on the model’s effectiveness. In the open source culture, system development is planned and carried out with organisations that have similar needs. We have opened up a dialogue with other public organisations. 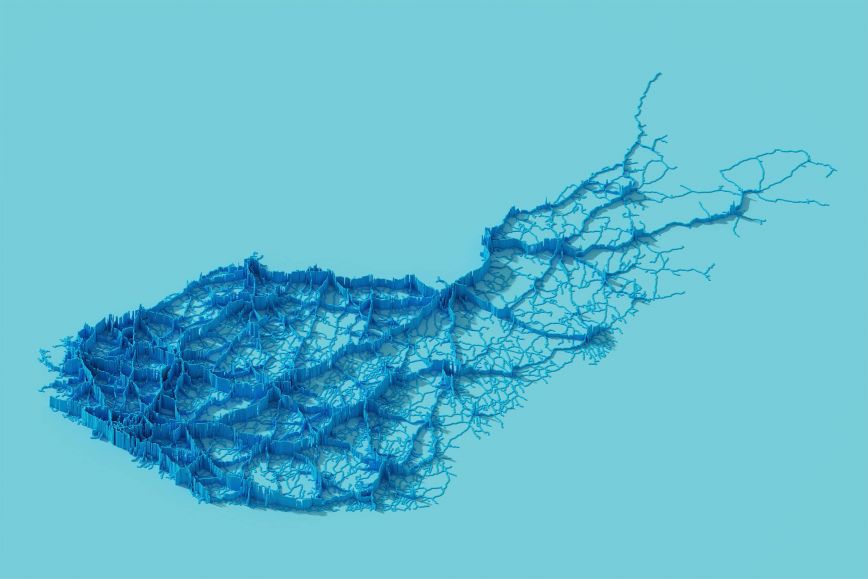 The National Topographic Database offers high-quality and up-to-date geospatial data over the whole of Finland for use in society at large. The new topographic data production system enables the smooth processing of data, lifecycle management and updates.
Photo:
National Land Survey of Finland

The National Land Survey of Finland (NLS) is upgrading the topographic data production system. The system is used to collect and update data in the National Topographic Database and produces general map products. This upgrade is necessary as the old system can no longer respond to the needs of production.

New requirements for the system include the processing of 3D data, the lifecycle management of topographic objects and the use of analytics tools that make data updates more effective. The new topographic data production system will be based on open source technologies. The selected basic technologies are PostGIS and QGIS.

– We launched the upgrade of the topographic data production system in February 2021. By the end of August, development teams had made good progress, and we were able to verify the effectiveness of the selected technologies, says Jani Kylmäaho, director of development and digitalisation at the NLS.

The NLS is building a system with modular architecture. This means that, if necessary, system components can be replaced with better functioning ones or with components that enable a higher rate of automation in the production process, for example. In practice, separate data management solutions have been built between the database solution and the QGIS software, enabling more than a hundred cartographers to work on the same set of data.

The selected off-the-shelf solutions seem effective, and only fairly minor modifications have been required to use them for the purposes of the NLS. For example, expanding the QGIS software by developing additional components has proven effective.

Surveyors producing basic geospatial data at the NLS have also given positive feedback on the selected solutions. Employees are highly motivated and cannot wait for the new system to be in operation.

The deployment of new components and tools calls for adaptation from the NLS IT infrastructure and data management, but challenges will be tackled with precise planning. Personnel competence development is key when building new technological capabilities. Our business partners help us succeed in this.

Benefits also for other organisations

Solutions developed in an open source community will also be further developed as part of the community. The advantage of applications developed together is that anyone can further develop their code, as it is openly available. In practice, NLS may improve a QGIS component, after which the improvements will be automatically available to everyone. To put it the other way round, all code is also available to the NLS free of charge.

In the open source culture, system development is also planned and carried out with organisations that have similar needs. In addition, the aim is to build applications as collectively effective solutions. As a result, they are highly interoperable with other systems.

– We have already had talks about potential joint development with other public sector organisations. We will consider effective models for national cooperation, Kylmäaho says.

Other Nordic land survey organisations have been eagerly following how the NLS project progresses, as similar extensive data management solution based on open source components has not been built.