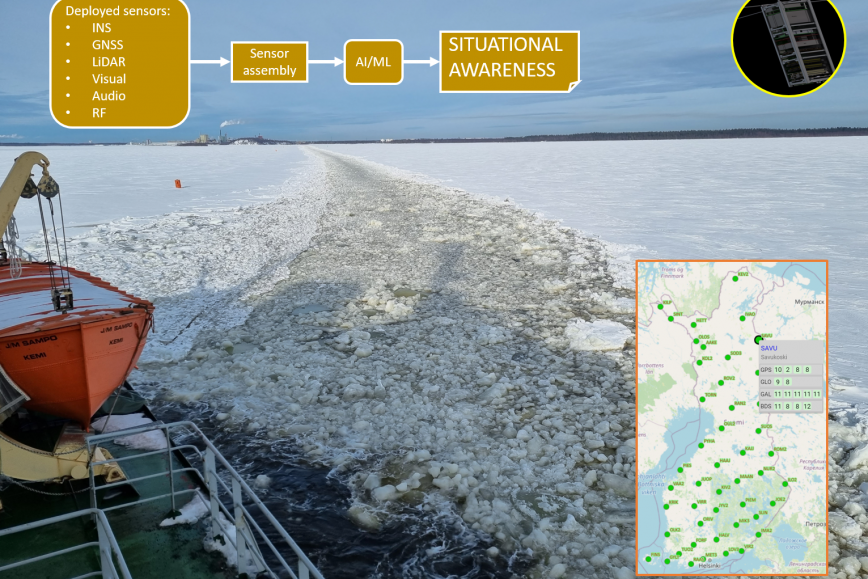 The group’s field of activity also includes finding solutions to GNSS disruptions. The research team utilizes the GNSS Finland service to detect disturbances. The service is open to everyone and is developed by the department of Navigation and positioning. Solutions can also be completely independent of satellite positioning and be based, for example, on other opportunistic signals in the environment, especially on radio frequencies.