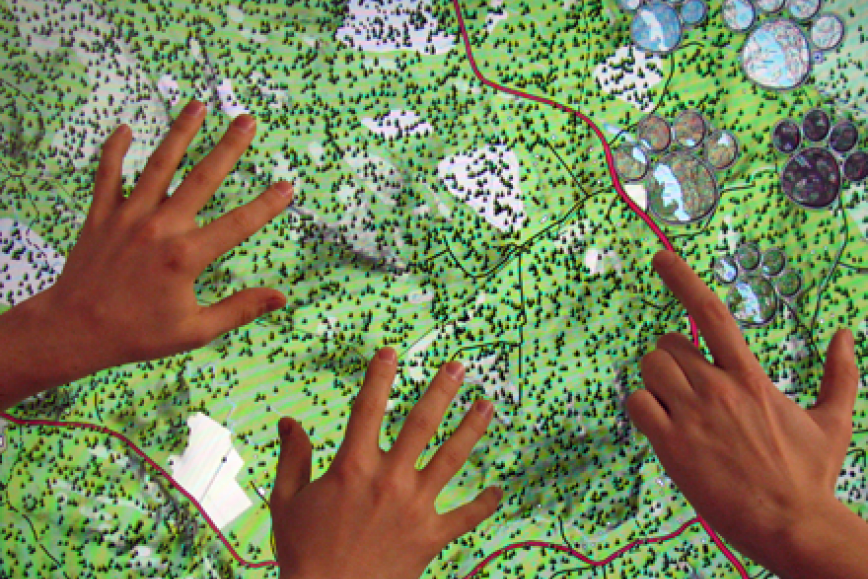 In the future the geospatial applications can take advantage of the ubiquitous technology embedded in the environment. The applications can support the intuitive interaction of the users with the environment by adapting, for example, into the tasks and use situations of the users. The goal of the research is to study the utilisation of the ubiquitous technology in geospatial applications, and to develop innovative user interfaces for different kinds of user groups.

The research on the usability of geospatial information and interactive map application focuses especially on the problems and requirements of map users. Research on spatial cognition is utilised in modelling the different kinds of map use environments, including mobile use. This multi-disciplinary research group contributes from several disciplines: geoinformatics, computer science, graphical communication, cognitive science, and usability.

More about this topic:

31-Dec-2012: The research group on Ubiquitous Spatial Interaction is finished.

23-Nov-2012 UbiMap presentation and demos in the Motive-programme's final seminar at the Academy of Finland.

18-April-2012: Go to Woods! project pages published at www.menoksimetsaan.fi. The project is one of the WDC Helsinki 2012 programme projects.

15-March-2012: Tiina Sarjakoski was invited to give a seminar about the current research of the group.

11-18-Dec-2011: Researchers from the UbiMap project have attended the journey to Tokyo organised by the Motive-programme, Academy of Finland. They visited among others the famous Tronshow for ubiquitous technology.