Demarcation along the Finland–Norway border commenced – fieldwork, cooperation and friendship

The appointed demarcation committee has started its activities along the border between Finland and Norway. In 2022, the focus is on checking the condition of the national border, and the border zone will also be photographed from the air in August. The demarcation will be completed in 2025 at the latest. 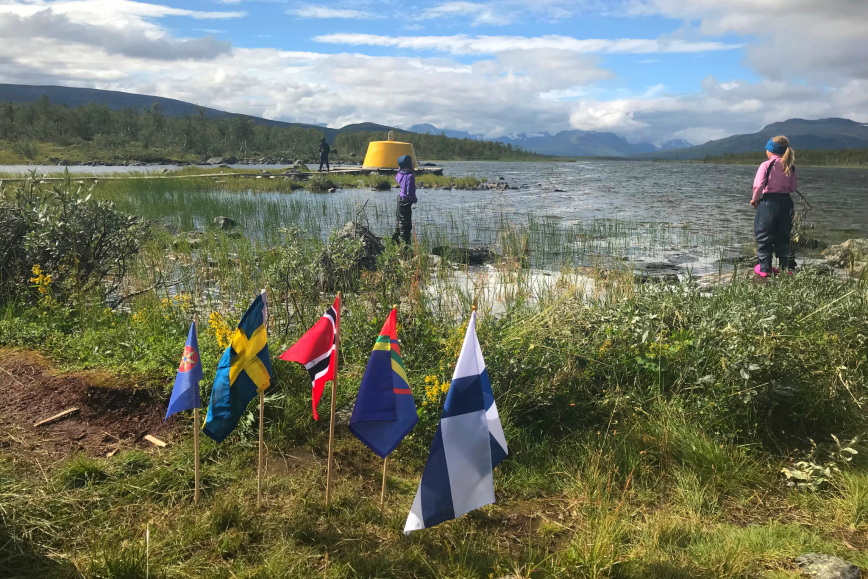 Fieldwork along the national border covered by Finland, ranging from Nuorgam in Utsjoki to Muotkavaara in Inari, will start at the end of June. The border will be measured and checked, and its documentation will be updated. The project will continue by maintaining the boundary markers.

Regarding the national border covered by Norway, fieldwork will be carried out in 2023 and 2024. The Norwegian border zone ranges from Kilpisjärvi in Enontekiö to boundary marker 342A to the west of Inari, where the land border changes to a river border in the Teno waterbody.

Carried out every 25 years, demarcation is a significant part of close relations between neighbours. In demarcation, the border zone and the condition of boundary markers are checked, without moving the border one way or another. The Finnish and Norwegian demarcation committees carry out their activities under national ministries for foreign affairs, and their results will be documented for use by the ministries.

– It is important that the national border is documented and marked unambiguously in the terrain, says Jyrki Lämsä, head of cartography at the National Land Survey of Finland (NLS).

– We are anticipating working together with our Finnish colleagues in this mapping of the national border. This is not only a continuation of a tradition that started in the 18th century, but also a symbol of good neighbourly relations, says director-general of the Norwegian mapping agency Kartverket, Johnny Welle.

The NLS participates in the demarcation process by adopting an operative role. In practice, NLS employees participate in surveying and other fieldwork, documentation and communication. The Finnish Border Guard takes care of maintenance, including the repair of any boundary markers that have collapsed or are in need of new paint, and the arrangement of transport to the border zone.

‘People living and staying in the area will see more surveyors and helicopter flights close to the border. The Finnish demarcation committee will also announce its demarcation activities in local newspapers and also on social media, if possible, in cooperation with its Norwegian counterpart,’ Lämsä says.