How to check the year of an aerial photo

One of the most frequently asked questions regarding the National Land Survey of Finland’s (NLS) open data is when a certain aerial photo was taken. This article presents some of the ways to find out this information. 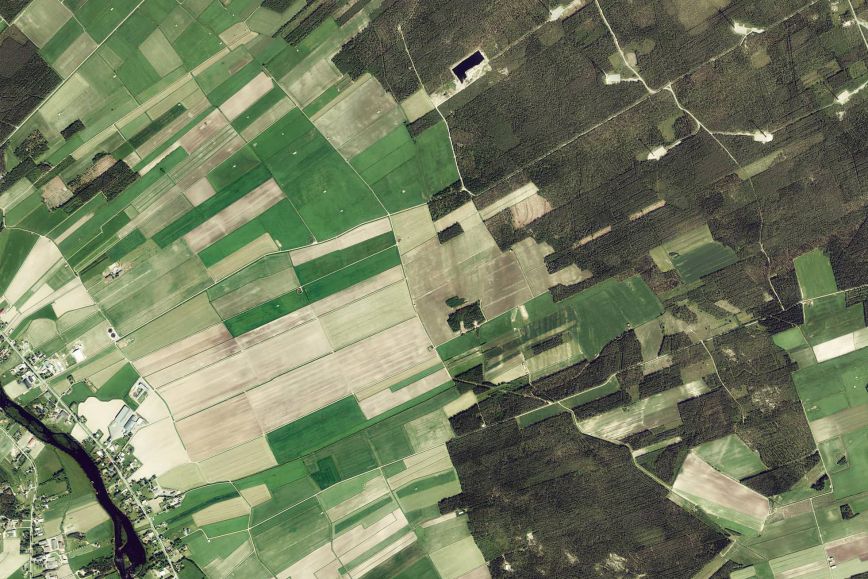 The NLS’s map images include a broad range of aerial photos. Strictly speaking, the aerial photos shown to users are often orthophotos that are produced from aerial photos taken from an aeroplane. The term ‘orthophoto’ means that a map-like surface with coordinates has been combined from various aerial photos. The NLS’s orthophotos cover the whole of Finland, and they are updated in accordance with annual aerial photography plans.

Identifying the photography year on an index map

If you are looking at a photo of a familiar place, you may recognise that it is not exactly recent. But what year was it taken?

One way to find out when a photo was taken is to go to the NLS’s index map for aerial photography and laser scanning (in Finnish). In this map service, you can select areas photographed in different years in the menu.

By selecting layers of orthophotos and aerial photos taken in different years, you can see that the location is shown when 2020 is selected. This means that the aerial photo of Pirkkola shown in MapSite was taken in 2020.

Identifying the photography year in Paikkatietoikkuna

Another way to find out the photography year is to use the map layer of historical aerial photos in Paikkatietoikkuna. After this layer has been selected, a timeline will be shown on the map, and its symbols indicate the years regarding which aerial photos are available.

The most recent symbol displays the most recent photo – the photo that is shown by default in Paikkatietoikkuna and MapSite. You can look at older photos by moving the slider over each symbol.

In other words, this service also indicates that the aerial photo of Pirkkola in Helsinki shown in MapSite and Paikkatietoikkuna in August 2022 was taken in 2020.

If you want to download photos as files for use in geospatial data software, for example, you can do this by selecting ‘Download open data’ in MapSite. Once you have selected your aerial photo based on the map sheet division, you will also access the file’s metadata, including the photography year, when downloading it.

If you use the WMS interface service, you can download not only the most recent photos, but also all historical aerial photos, and you can check the photography year from the image metadata. The service also includes an index grid as a separate map layer which you can use to identify the photography year.