INSPIRE makes it easier to find and use geospatial data

Can you still remember how you searched for geospatial data twenty years ago? What did you find, and in which format? What kind of licence terms did these datasets have? The INSPIRE directive has made finding and using geospatial data easier and smoother. 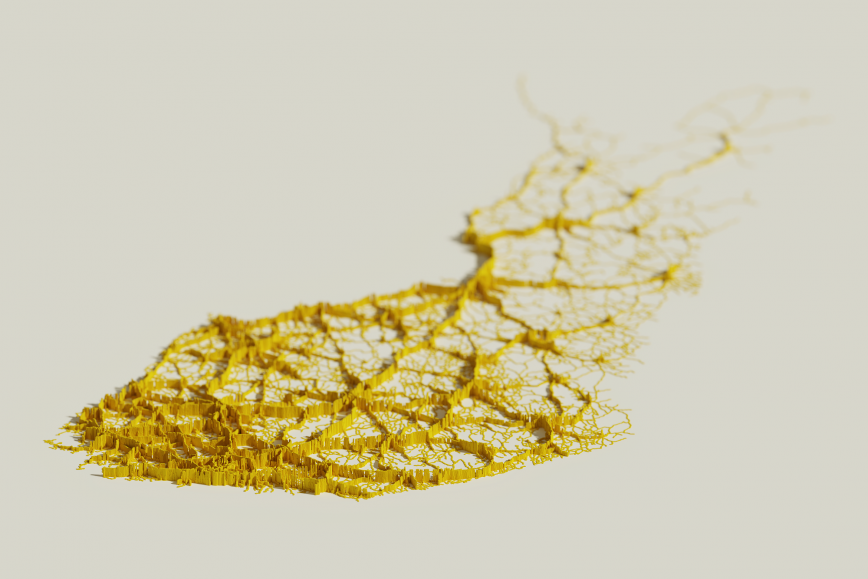 In engineering firms, for example, the geospatial data officers from twenty years ago first acquired the datasets from each data producer on DVD discs, then made the required format changes and uploaded the data onto a shared network disk. The engineers copied the datasets from the network disk to the C drive so that the software would be able to process them. The data sets were edited by multiple people, which led to several different versions made at different times, and people tried to manage them with different file names.

At the same time, the legislation on European spatial data infrastructure was being prepared. The INSPIRE Directive came into force in 2007, and the national Act on Spatial Data Infrastructure followed two years later.

In the winter of 2020/2021, the Ministry of Agriculture and Forestry commissioned a review of the current implementation of INSPIRE in Finland. Based on this report, INSPIRE has boosted the implementation of standardised interface services and increased both the quantity and accessibility of open data. For example, Paikkatietoikkuna, a window into Finnish geospatial data, now has more than 2,500 map levels based on the interface services of about 60 different data producers. Paikkatietoikkuna has more than 3,000 daily visitors on weekdays. They use the service for many different purposes, both in their work and during their leisure time.

However, the datasets and services are difficult to find and analyse without metadata. Paikkatietohakemisto, the Finnish discovery service following the standards determined by INSPIRE, has more than 1,500 published metadata documents, maintained by around 150 different data producers. It is unlikely that the standardised recording of geospatial datasets and services would have progressed as far without INSPIRE.

INSPIRE has been built through cooperation. The technical guidelines and data product definitions were worked on by cross-organisational and international workgroups. The competence of employees – and with them, the competence of entire organisations – continued to improve, and new national and international networks started to emerge. Geoportal, Validator and the INSPIRE code list register, the central INSPIRE tools, are all based on open-source code software.

The Oskari network was also born thanks to INSPIRE. In addition to legislation, many standards and recommendations of the geoinformatics field guide the development of spatial data infrastructure. INSPIRE is one of the largest users of open OGC standards.

The European Commission ordered an evaluation on INSPIRE, which was published in July 2022. The results across Europe were similar to the Finnish results. Although the degree of implementation varies between the member countries, INSPIRE has improved the searchability, availability, accessibility and interoperability of geospatial datasets and services.

Something that is often lacking is the final implementation stage: compiling the data products and harmonising them to meet uniform European norms. Nevertheless, the quantity, recording, searchability and use of national geospatial datasets and services with richer data content have increased, which means the key INSPIRE objectives have been achieved. In INSPIRE, the statutory obligations are executed based on technical instructions. Although we have come a long way regarding the execution, no country has reached the finish line yet, for reasons such as technical overdetermination and the technical development that has taken place since the technologies were entered in the directive 15 years ago.

The evaluation report proposes the introduction of less strict data product definitions, reducing dependence on technology and recognising the value of “as is” data. The “as is” data refer to national unharmonised versions of the data.

More agility has been brought to the control mechanism through good practices. These good practices, developed in open platforms (GitHub) and approved by MIG meetings (INSPIRE Maintenance and Implementation Group), include such matters as alternative methods of implementing INSPIRE services in addition to current technical guidelines. One that has already been approved is the OGC API Features online service standard, which can be used to implement download services in addition to the current Web Feature Service and ATOM feeds.

INSPIRE of the future

A quickly growing group of new sources is creating real-time data, challenging the public sector’s role as a data producer, controller and distributor. European Commission’s science centre JRC published a vision of INSPIRE’s future last year. This vision gives INSPIRE an important role in the transition to European data spaces that will enable data received from trusted operators in different sectors to be combined.

INSPIRE is linked to data ecosystems that combine geospatial data with other data while utilising the national “as is” data and new technology. Combining data is piloted through the GeoE3 project, partly funded by the EU’s Connecting Europe Facility.

GeoE3, which is based on OGC standards, focuses on cases that prove how valuable datasets and services such as weather data or statistical information can be dynamically integrated with the geospatial data such as building data of national geoportals. This allows services such as finding best possible roofs for solar power production, for example.

The Open data directive that came into force in 2019 is based on INSPIRE. The European Commission’s decree on valuable datasets – i.e. data  the reuse of which could benefit society or the economy – should come into force later this year.

These valuable datasets are expected to loosen the technical definitions set in INSPIRE and simplify the terms of use thanks to the use of well-known licences such as Creative Commons (CC). It is estimated that these will further promote the availability and use of geospatial data in decision making and elsewhere in society.

What is the INSPIRE directive?